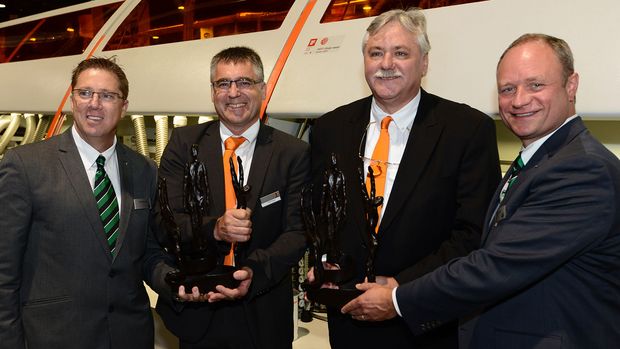 Since the company was taken over by Weinig AG in 2010, a great deal has happened at the Woodworking Specialist HOLZ-HER. Numerous projects started at the very beginning with clearly defined customer benefit, including a variety of synergistic effects, have now become standard features on the market.

Here our policy of anticipating trends is demonstrated by the numerous awards HOLZ-HER has received for its innovations in the recent past.

At the IWF Exhibition held recently in Atlanta, HOLZ-HER received two of the highly prestigious Challenger Awards proving its technical lead. One award was for the new EVOLUTION 4mat vertical CNC machining center offering the unique capability of formatting all four sides in one clamping operation. The other was for the newly developed GluJet glue application system which was praised by the jury for its "ultimate level of flexibility, quality and value". Whereby the jury emphasized the clear and superior customer advantages of our GluJet.

These numerous awards clearly show that HOLZ-HER has remained on its course to technological leadership.